When talking about cancer, people might wonder if it can be cured at the first response. What stage? How much time left? Recently, Mr. Lu from Hunan came to our live studio with his nephew, Li Ling to share how he fought against cancer in the last 16 years. 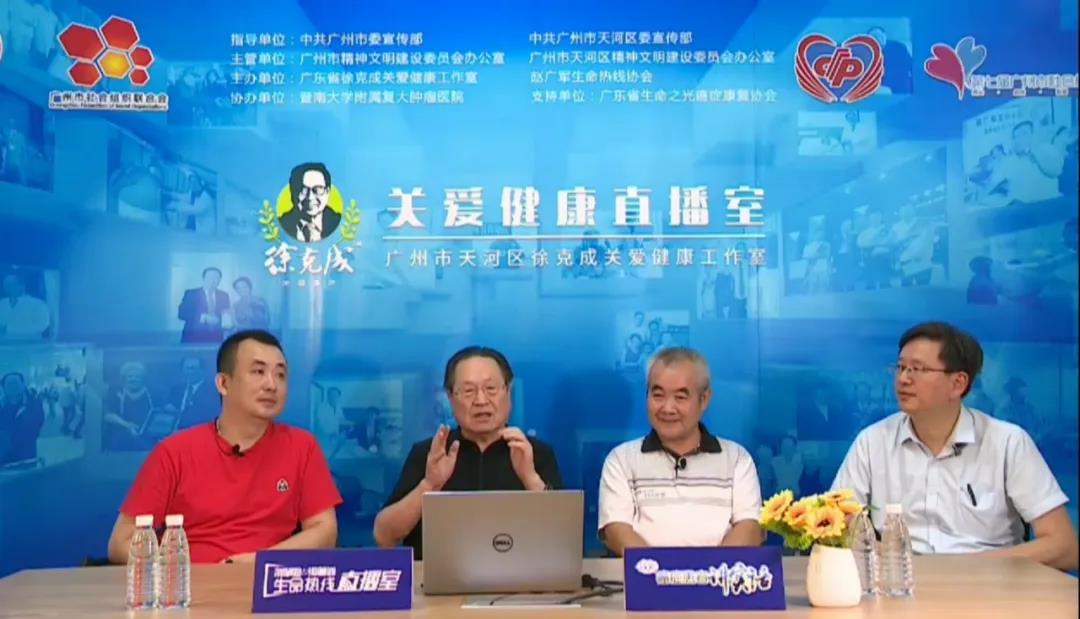 When we met Mr. Lu, he greeted us excitedly and didn’t look like an advanced lung cancer. “I feel really good right now and hang out with my grandson every day.”

Periarthritis of shoulder turns into in lung apex cancer?

In 2003, Mr. Lu had trouble when moving his right upper arm, and he was unable to lift heavy objects. Later, he found that he could not hold objects by hand and his upper limbs were numb and painful. At the beginning, he thought there might be something wrong with cervical vertebrae or just periarthritis of shoulder, so he did not pay much attention to it. However, his symptoms were not relieved after treatment at a local hospital. In November 2004, he went to a hospital in Yiyang for a check-up. CT showed a space-occupying lesion in the right upper lung, which was considered as lung cancer. However, no cancer cell was found in two examinations by centesis. On December 1, 2005, he went to another hospital in Hunan for treatment. PET/CT examination confirmed right apex lung cancer with the invasion of the first posterior rib and adjacent thoracic vertebrae, and compression of the dural sac. After 20 times of radiotherapy, he had already spent a lot of money but achieved little effect.

"Doctors told me that I had about three months left, namely 100 days," he said calmly. Although he was ready for his end, a terrible sorrow overwhelmed his family. He had sought medical treatment in many hospitals but he was refused because of his critical condition. By chance, he heard of Guangzhou Fuda Cancer Hospital (Fuda) from his brother’s friend. Then he came to Fuda early in the morning on January 6, 2006, accompanied by Li Ling's mother. They did not see a doctor immediately but went straight to the ward, because they wanted to ask other patients about the hospital. On his way, he met a patient who was about to leave and said to him, "Don't hesitate. This hospital is really good. You see, I can safely leave now.” After getting positive feedbacks from other patients, he decided to stay at Fuda for treatment.

The tumor was gone 3 months after cryosurgery 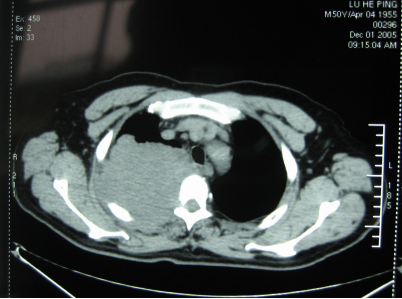 "The tumor is about 10×10cm. Although the optimal time for treatment has been missed, but fortunately he just came in time, or otherwise it was too late." Honorary President Xu Kecheng and President Niu Lizhi organized expert consultation for Mr. Lu, and decided to perform cryosurgery and brachytherapy on January 7.

After cryosurgery, Mr. Lu felt well and wanted to hurry home for the Spring Festival. After doctor's evaluation, he was discharged on January 15. "At first I was afraid of being rejected by the hospital because of the Spring Festival holiday, but I was surprised that quite a few medical staff changed their return ticket to take care of me," he said. He was thankful that he was not abandoned and finally survived. 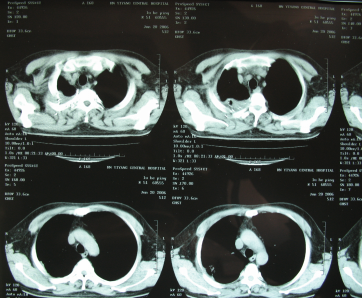 Back home, Mr. Lu followed the doctor's advice and went to a local hospital for CT scan on January 21, which showed that the tumor had shrunk from 10×10cm to 2.6×1.3cm. "The doctor there was so surprised because he thought the machine might be broken and checked again." More surprisingly, his tumor was not found three months after the procedure. In fact, it’s not only the treatment that works but also postoperative rehabilitation that matters. Mr. Lu used to stay up late, smoke and drink alcohol but now he lives a healthy life and keeps a positive attitude towards life and work. Therefore, he can go through each examination in the best condition. Until July 2020, no tumor recurrence was found in his body. "I've been counting every day since 2004, and figuring out how many days I have left, but I've gone through not just 100 days but 60×100 days."

To thank Fuda for improving Mr. Lu’s condition, his sister prepared some money with red packets for our medical staff but we refused it politely. "President Xu, my son is a journalist. I'll ask him to write a story for your hospital." Then his nephew, Li Ling came to Fuda.

"As a media worker, I’m not familiar with private hospitals. But after knowing much of Fuda, I realize why my mother praised Fuda for its noble medical ethics, magic medical skills and honest medical style. As an influential journalist, Li Ling shed tears when talking about his uncle, and he had prepared for the worst at that time. Luckily after cryosurgery, Mr. Lu’s condition was improved and he had become a diet expert at home.

“We really appreciate what Fuda has done so I would like to provide free publicity for Fuda,” Li Ling said. He had already shared the story of Mr. Lu with others again and again.

"A fast recovery depends on doctor’s expertise, destiny, and patient himself. And self-discipline is also needed." Dr. Niu said that cancer was not frightening and the key was early detection, early diagnosis and early treatment. To find a right way is of paramount importance. Lung cancer is the most common one among men, of which lung apex cancer is relatively rare, about 5% of the incidence rate, so it is important to pay attention to the prevention and screening of cancer, especially for those over 40 years old with high risk factors. With the development of treatment technology, we should be more confident when fighting against cancer. More importantly, a good attitude is a key to anti-cancer treatment.

Cryosurgery is an important ablation technique for tumors. It destroys tumors by cycles of freezing to below -160℃ and thawing. Cryosurgery's destructive effects on tumors are due to two major mechanisms, one immediate, the other delayed. The mechanism is the damaging effect of freezing and thawing the cells, which directly leads to dehydration and fracture of cancer cells, or the shortage of oxygen supply to the tumor and the death of cancer cells. After cryosurgery, the dead tumor tissue in situ acts as an antigen that stimulates the immunological response. In addition, cancer cells after CSA are more sensitive to chemotherapy or radiotherapy, which enhance the effect of chemotherapy or radiotherapy.

Guangzhou Fuda Cancer Hospital has used the technique since 2000 for 20 years. Up till October 2019, over 10,000 cryosurgery cases have been completed by our expert team led by Dr. Niu Lizhi, vice president of International Society of Cryosurgery.