Your position：Home >About Fuda >Awards

Xu Kecheng, 2014 “Role Model of the Times” award winner and Chief President of Fuda Cancer Hospital, Guangzhou, is not only an oncologist with decades of experience but also a liver cancer survivor. Xu Kecheng has made tremendous efforts to explore the treatments for cancer. After having founded Fuda Cancer Hospital, Guangzhou, he has been leading FUDA medical team to have challenged the diseases that had been deemed to be incurable and untreatable. Cancer patients, Gurli from Denmark, Lana from Saudi Arabia, Huang Guangwen from Malaysia, Peng Ximei, Ming Zai, Han Bingbing from China and etc. have gained new lives at Fuda Cancer Hospital. The private hospital that has been founded for only 12 years has attracted patients from over 80 countries and regions. How did Xu Kecheng work such wonders? At the experience exchange meeting on Guangdong Doctor culture and brand building, Prof. Song Ruliang, the anchorman, interviewed Liu Jianguo, Secretary of Party Committee and General Manager of Fuda Cancer Hospital. 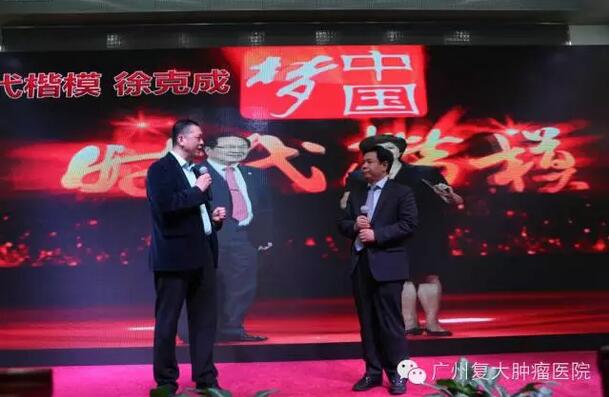 Liu Jianguo (R), Secretary of the Party Committee and General Manager of Fuda Cancer Hospital is telling “FUDA story” at the conference 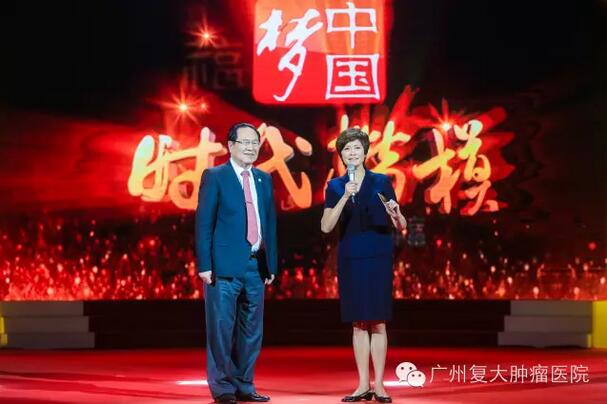 In 2014, Chief President Xu Kecheng (L) was awarded as Role Model of The Times by the Propaganda Department of the Central Committee of the CPC

Liu Jianguo: Xu Kecheng, “Role Model of the Times” award winner and Norman Bethune Medal Winner, is a prototype at state level. National Health and Family Planning Commission of the People’s Republic of China has launched a special Xu Kecheng Meritorious Deeds Reporting Group to tour around China, which has caused great social response. Xu Kecheng is the pride of our hospital and the pride of Guangdong at large.

Liu Jiangui: To be a good storyteller, we must be a good healer first. Over the past ten years and more since its initiation, Fuda Cancer Hospital has been treating patients with excellent skills and meeting their needs with dedicated service in accordance with the motto of “saving people with excellent skills and moral ethics” and the tenet of “running the hospital with technology, integrity and love”.

Over many years of exploration and practice, Fuda Cancer Hospital has put forward the concept of “living with cancer”, meaning to treat cancer as a chronic disease so as to prolong patient’s life and improve their quality of life. Many touching stories have staged at FUDA during its ten years of development history.

Anchorman: As the Secretary of Party Committee and General Manager of a private hospital, how do you strike a balance between the profitability and public good?

Secondly, FUDA is an honest operator, which is very important. We have been committed to “three prohibitions” on the medical staffs part, namely no kickback, no bribes and no acceptance of invitation to dinners and also “three prohibitions” on the patient’s part, namely no excessive treatment, no excessive examinations and no over-medication. It is in this way that we have built our image of integrity and honest brand piece by piece. Chief President Xu Kecheng often says, “Integrity is of great importance. If private hospital is not being honest, it equals to committing chronic suicide. ”

Thirdly, FUDA has been committed to public good and charity work as a private hospital. As it has mentioned in the video clip, FUDA dispatched the first medical team among all private hospitals in Guangdong Province to participate in rescue and relief work after Wenchuan earthquake in 2008. FUDA also donated 9.5 million RMB under the circumstances that there were only 10 million RMB net assets. FUDA donated an additional 5 million RMB when Yanan earthquake occurred in 2013. From 2003 till now, we have exempted over 5 million RMB worthy medical expenses for more than 5 million RMB.

Anchorman: Why did FUDA do so?

Liu Jianguo: As it is known to all, the things that we need the most as a private hospital is brand, technology and the trust from patients. Chief President Xu Kecheng has wanted to build a hospital that is different from others and build it into a hospital with great brand name and patient’s trust.

The anchor: Through which way you have built patient’s trust in FUDA?

Liu Jianguo: We have been doing public good to build patients’ trust in FUDA. And the outcome turned out to be great. FUDA has donated large amount of money for public good. These deeds did not adversely affect the development of the hospital. On the contrary, the hospital has gained great momentum in its development as more patients chose FUDA, which has contributed to our revenue and the tax paid. Fuda Cancer Hospital is positioned to be an internationalized cancer hospital. About 70% of patients were from overseas before 2014. In the past two years, FUDA has had its brand greatly elevated as Xu Kecheng was introduced as a prototype at state level and we have been actively engaged in charity works. Fuda Cancer Hospital has won even greater popularity after Chief President was awarded as “the Role Model of the Times” by the Propaganda Department of the Central Committee of the CPC and was interviewed by Focus Interview of CCTV.

The honor Chief President Xu Kecheng has won belongs not only to himself but also to Fuda Cancer Hospital and Guangdong at large. It is Xu Kecheng who has founded FUDA and it is FUDA that has made Xu Kecheng’s life into the full. We have gained such attainment in our work that early starters are not as good as fast walkers while fast walkers are not as good as practical doers. Private hospitals like us could also find success as long as we follow the right concept, proper method and hold patients close to our hearts. 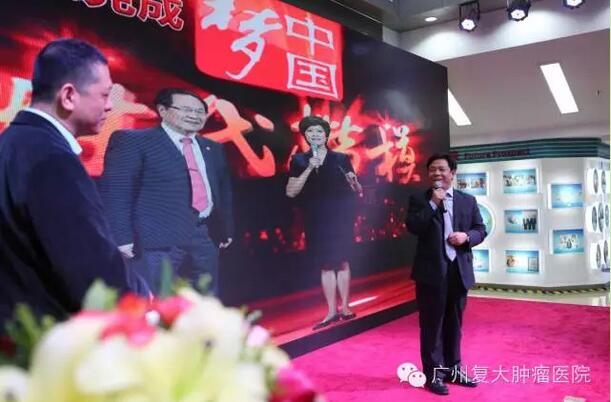