Don't mistake pancreatic cancer as a stomach disease. Watch out for these signs!

The pancreas lies deep in the left upper abdomen, behind the stomach, like an oval fish bubble. It is surrounded by spleen, gallbladder and duodenum, making it difficult to spot. As the second largest digestive organ in the human body, the pancreas is both an exocrine and an endocrine organ. In terms of endocrine function, it releases insulin and glucagon into the blood to control blood glucose balance. In terms of exocrine function, it releases alkaline bicarbonate and pancreatic juice with various digestive enzymes, which are used to neutralize gastric acid and digest sugar, protein and fat. 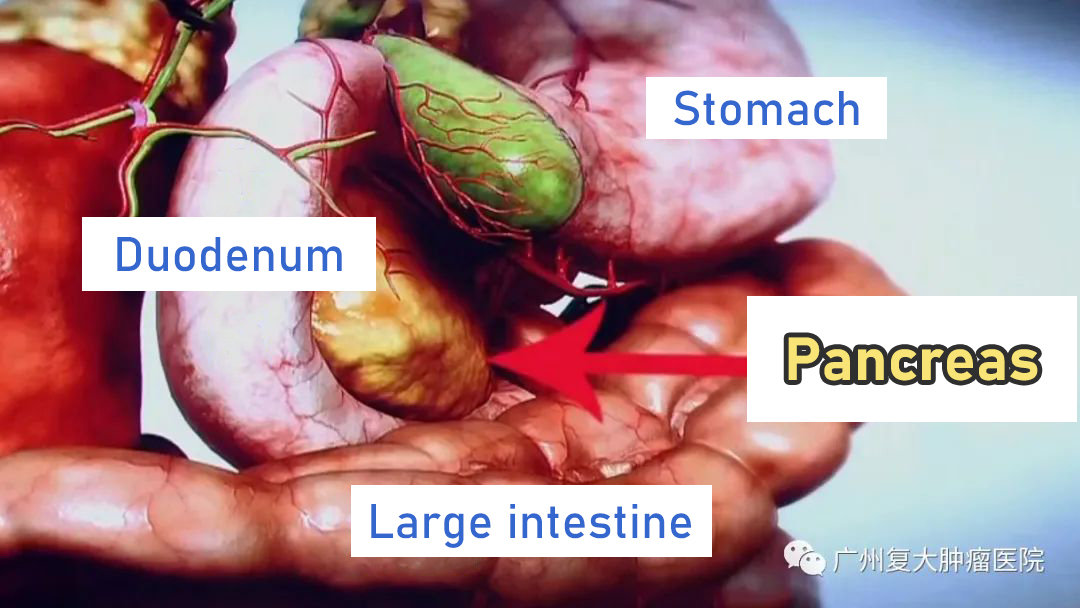 The World Cancer Research Fund and the American Institute for Cancer Research concluded that a diet rich in red meat (pig, beef and lamb), fat and energy may increase the risk of pancreatic cancer, while a diet rich in fruits and vegetables may prevent 33-50% of the risk. In addition, regular coffee drinkers were four times more likely to develop pancreatic cancer than non-coffee drinkers.

Studies have shown that recurrent chronic pancreatitis and pancreatic duct stones may lead to pancreatic cancer. 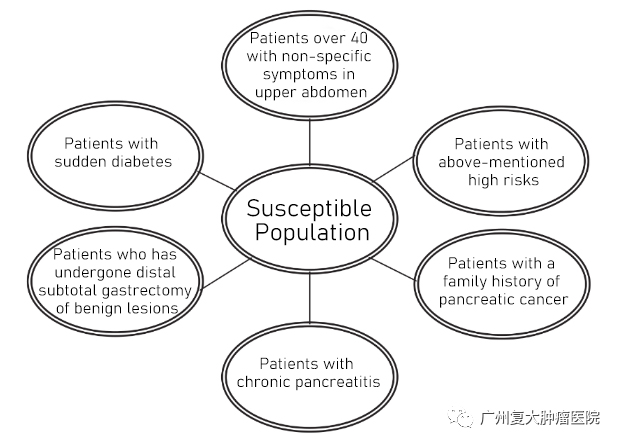 Early symptoms of pancreatic cancer are various, mainly digestive tract symptoms such as recurrent abdominal discomfort, fullness, soreness, lack of appetite, nausea, vomiting, diarrhea or constipation. In addition, due to the lack of specificity in early laboratory tests, routine X-ray examination is difficult to detect the lesion. Therefore, early pancreatic cancer is hard to identify and it may be misdiagnosed as a stomach disease. 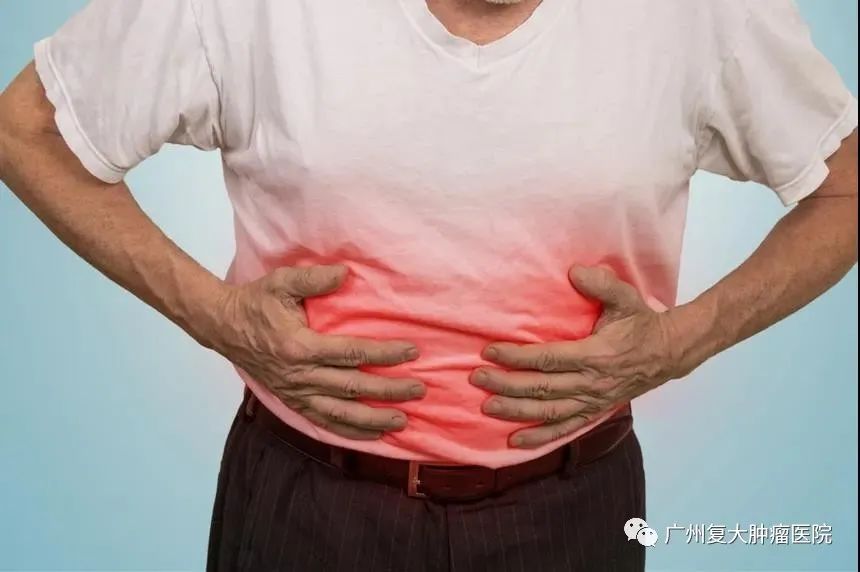 So watch out for the following signs:

Discomfort or pain in the upper abdomen

Abdominal pain is the early symptom of pancreatic cancer and it is colic, paroxysmal, persistent or progressive aggravating dull pain, but also radiates to the lower back. The pain is getting worse in recumbent position and at night, while it can be alleviated when people is sitting, standing, leaning forward or walking. Stomach disease will cause upper abdominal pain which can be basically controlled by stomach medicine. However, the abdominal pain caused by pancreatic cancer cannot be relieved by medication, and it is persistent with no significant remission time.

If indigestion is present but the colonoscopy is normal, the presence of pancreatic cancer should be highly suspected.

Some of the factors secreted by pancreatic cancer may cause insulin resistance or impair the function of beta cells, which can raise blood sugar. Therefore, latent pancreatic cancer lesions should be highly suspected and ruled out in patients over the age of 50 with symptoms of diabetes without obvious causes.

Therefore, the way to prevent pancreatic cancer is to reduce smoking and drinking, and eat less animal protein and fat. People should ensure a reasonable diet, eat less fried and baked food, and appropriately increase the intake of whole grains, fruits and vegetables.

At the same time, the detection rate of early pancreatic cancer should be improved. Especially for those of high risks should pay attention to regular check-up. B-ultrasound is the preferred method for the diagnosis of pancreatic cancer. It is characterized by no injury and low price, and it can detect pancreatic abnormalities earlier. However, interfered by gastrointestinal gas, ultrasound is often difficult to detect lesions. Then CT or MRI contrast-enhanced scan should be considered. In particular, MRI contrast-enhanced scan can spot smaller pancreatic tumors.