To keep her breasts, she chose a distinct treatment determinedly

On July 2, 2016, the 5th International (Guangzhou) Cancer Treatment Forum was held in Guangzhou Fuda Cancer Hospital (Fuda). More than 200 experts from home and abroad attended the forum where more than 20 experts gave a special speech. Topics such as cryosurgery, irreversible electroporation (nano-knife) on tumors, and the application of stem cells into anticancer treatments are discussed in depth.

Among the speakers, an elegant and beautiful lady called Laura Ross-Paul left us a deep impression. She is a retired professor at Portland State University in the United States. The theme of her speech is “Cryosurgical Ablation, A New Solution for Breast Cancer: Based on Women's Needs”. Why is an art professor talking about this topic? What is the story behind it? 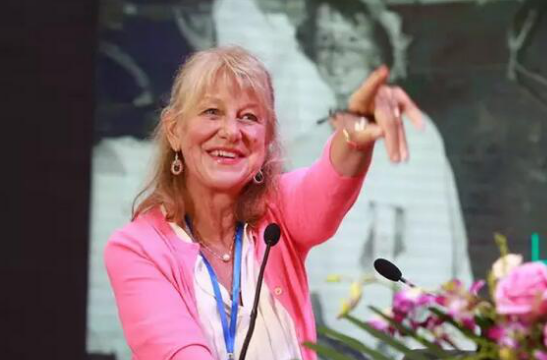 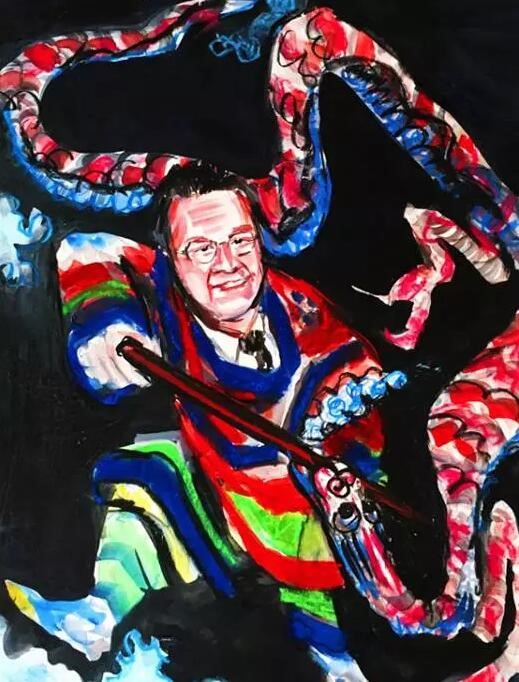 During this forum, Laura gave a painting to Dr. Xu Kecheng, honorary chief president of Fuda. The painting is named Dr. Xu Kecheng: a Great Warrior against Cancer Dragon.

Suffered from a nightmare 13 years ago

On February 14, 2003, it was Valentine's Day, a romantic and sweet day. But for Laura, it was a painful and desperate moment because she received a cancer report of three lumps in her breast.

Hearing the bad news, Laura immediately realized that she would lose her breasts if she underwent routine treatments including mastectomy, chemotherapy or radiotherapy. However, Laura refused mastectomy and chemotherapy so she kept looking for an unconventional treatment that was able to keep her breasts.

To save her breasts, Laura's husband, Alex Paul, had been looking for new treatments and he found a cryosurgical expert, Peter Littrup in Detroit, so they immediately flew to Detroit.

Dr. Peter is a radiology and urology specialist, working at Karmanos Cancer Institute and Wayne State University. He applied cryosurgical ablation mainly to prostate cancer and kidney cancer before, but never to breast cancer. Therefore, Laura was the first breast cancer case treated by cryosurgical ablation. During the surgery, Dr. Peter inserted two probes into the center of the breast mass under the guidance of ultrasound after local anesthesia and a small amount of sedative injection were done, and then he lowered the temperature to -160°C by turning on argon. By turning off the argon and turning of the helium, the temperature quickly rose. The whole freeze-thaw cycle repeated and took less than an hour. Luckily, the treatment went successfully.

After the surgery, Laura had endocrinotherapy and combined immunotherapy according to the doctor's advice. She said, "I’m very lucky. Thanks to the new treatment, I’m able to keep my breasts and live a better life."

After Laura’s case, Dr. Peter began to focus on cryosurgical ablation for breast cancer, and he published a paper titled Cryosurgical Ablation for Breast Cancer: Study on a Feasible Treatment without Resection in 2009.

After recovery, in order to let more women know that breast cancer treatment could be very simple and effective, Laura established two websites including keepingthem.com and Facebook.com/keepingthem, to promote keeping the breasts. On the websites, she encouraged some breast cancer patients to receive cryosurgery, one of whom was Ms. Fe from Canada.

In September 2012, Ms. Fe had the relapse of breast cancer. One year ago, she was diagnosed with breast cancer and underwent mastectomy and chemotherapy but what surprised her was the tumor quickly recurred and widely metastasized to lungs, liver, bones and lymph nodes. By coincidence, her husband read Laura's website and called Laura. Then Laura immediately introduced her to Dr. Peter. However, Dr. Peter said that he only did early breast cancer freezing, but Ms. Fe had a progressive cancer. Therefore, cryosurgical ablation alone is not enough and her cancer must be treated comprehensively. He advised, "Why not go to Guangzhou, China? There is a cancer hospital called Fuda Cancer Hospital (Fuda) which has much experience in treating advanced tumors. You can have a try."

An unexpected encounter with Dr. Peter

In December 2012, Ms. Fe accepted the advice and flew to Guangzhou. When she arrived at Fuda, she also invited Laura to come. Then on December 21, 2012, Laura and her son also arrived here.

Laura came to visit Ms. Fe at the hospital where Fe told her about treatment process: the doctors and nurses here treated her like a family member; after the first cycle of treatment, the pain had gone like magic. As days went by, Laura recorded the progress of treatment on Fe every day and also visited other patients here. 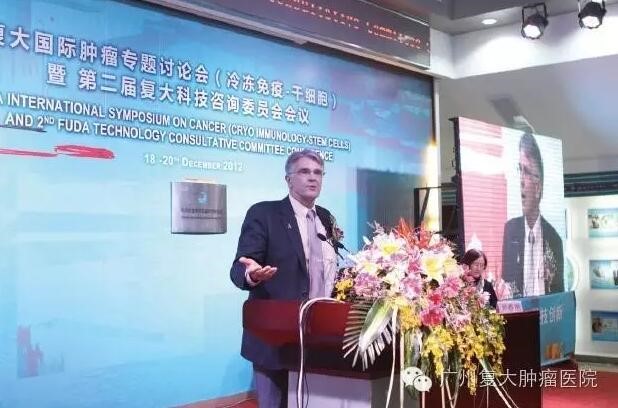 In December 2012, Dr. Peter participated in the International Symposium on Cancer held at Fuda.

In December 2012, Dr. Peter participated in the International Symposium on Cancer held at Fuda and gave a speech. Dr. Peter is the first one who introduced the argon-helium freezing technology from the United States to China and assisted Chinese doctors in carrying out the first practice of cryosurgery for liver cancer in China. He appreciated the rapid development of cryosurgical technology at Fuda. 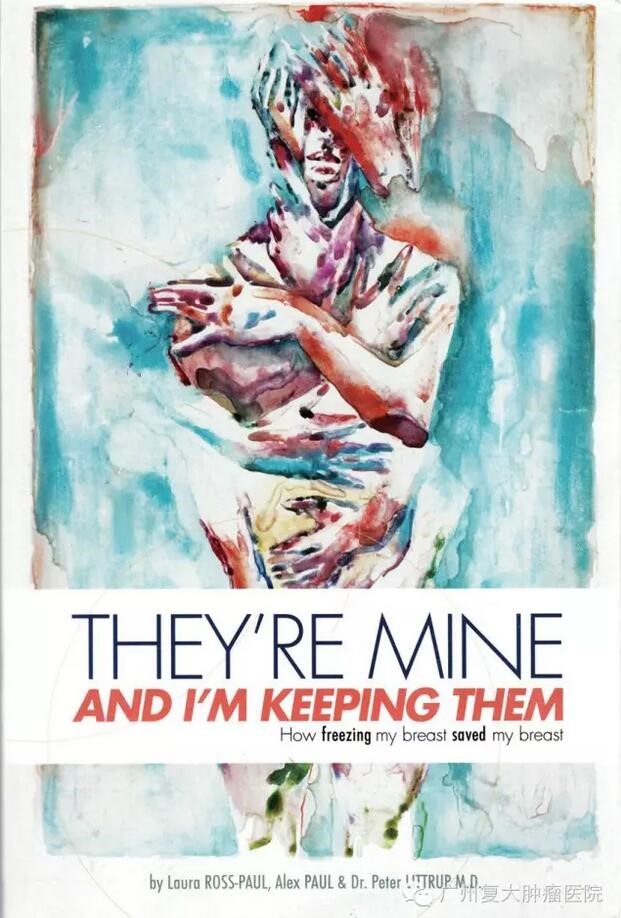 The book wrote by Laura, Alex and Dr. Peter.

Amazingly, Laura happened to meet her benefactor, Dr. Peter who she hadn’t seen for almost ten years at Fuda. Soon after, she and her husband invited Dr. Peter to write a book called They're Mine and I'm Keeping Them which talked about her story against breast cancer and how she found an unconventional way to fight against cancer.

Building a strong tie with Fuda after 4 flights from U.S. to GZ 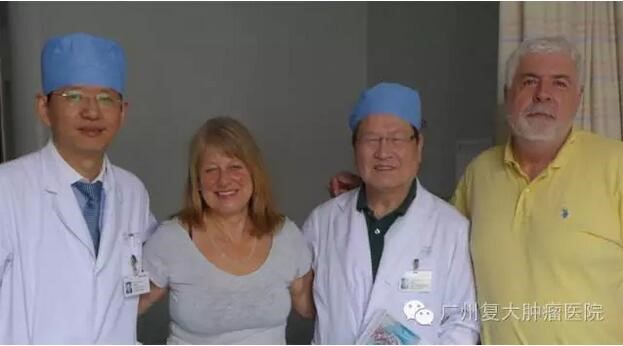 In April 2014, Laura and her husband took a photo with Dr. Xu Kecheng and Dr. Niu Lizhi.

In April 2014, Laura and her husband who was diagnosed with prostate cancer arrived at Fuda for treatment.

“Great!” Laura said happily, “Each indicator is stable so no more treatment now. We’re really appreciated Dr. Xu’s concept—living with cancer, from which we learn how to fight against cancer wisely like changing bad living habits, having more fresh fruits and vegetables and doing more exercises. More importantly, have enough sleep.”

In August 2014, Laura came to Guangzhou for the third time and she was invited to attend the 3rd International (Guangzhou) Cancer Treatment Forum, after which she gave a painting as a present to Fuda.

Laura said, since she had been to Fuda for 4 times, she already knew more about the hospital and made friends with medical staff here.  At Fuda, she got access to advanced technologies which were introduced by Dr. Xu like cryosurgical ablation and nano-knife and these treatments had benefited many cancer patients. 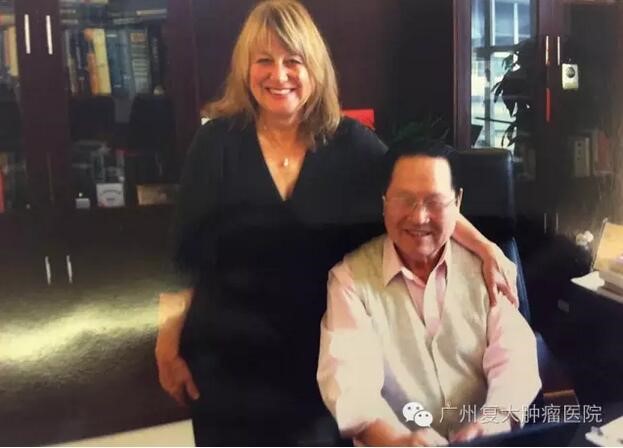 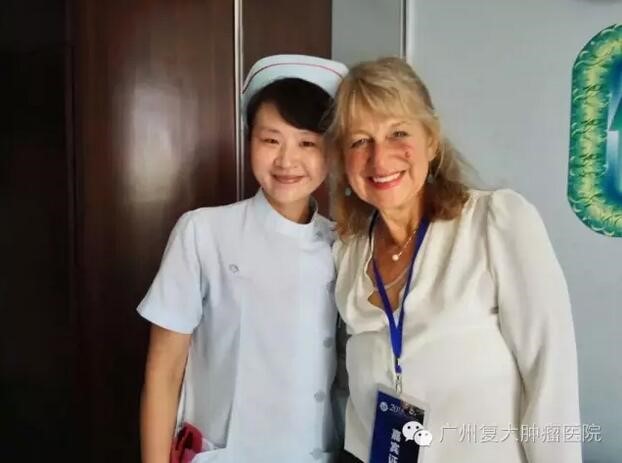 During the forum, Laura took a photo with Ji Hui, a nurse who provided nursing services for her husband before.